The little Inventor girl of Bardhaman - The Incredible Truth

A little girl of Bardhaman, West Bengal, India, is an inventor of new generation. This little inventor got a call from IIT-Bhubaneswar and there she got a chance to research in start-up centre. She doesn’t have to pay single money to research there. 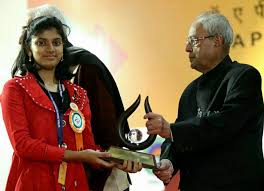 She is Digantika Bose, a 10th standard little girl of Rasiklal Smriti Balika Vidyalaya of Memari in Bardhaman district. All the people of the district as well as state are proud to have a child like her, who invented something very new and innovative. Her invention was not only limited between IIT, it was approved by the “National Innovation Foundation” under Central science & technology ministry. Government is looking after to fix and marketwise the product, so that the people can use buy it and use it.

The little inventor Digantika Bose had a strong attraction to science and technology. She had a great interest in making new devices using common components. Her father Sudipta Bose always inspired her in this type of work. Her mother Shubhra Bose also inspired her every time. 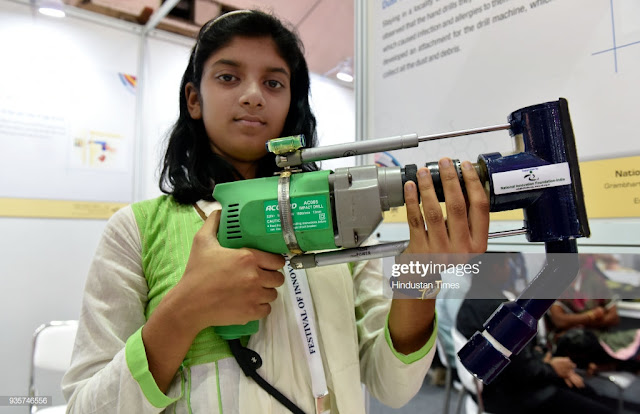 The latest invention made by Digantika was a ‘Dust Cleaning Attachment for Drill Machine’ which was selected in IIT and “National Innovation Foundation”. When drilling machine is used to drill some wall, then dust is removed from the wall. That dust is very harmful for the human, as the dust could be inhaled by nose and mouth of the people. To solve this problem Digantika invented this device, which costs only Rs. 250. The device is attached with the drilling machine and it doesn’t require extra power. If drilling is done after attaching this device dust will be stored in the chamber of the device and it will not cause any lunge diseases.

In the year of 2017, Digantika Bose was awarded with Dr. APJ Abdul Kalam Ignite prize. In the 25th National Child Science Congress, which was held in Ahmedabad, Gujarat, her project was awarded as outstanding project.

She had many more achievements in her life. Really she and her innovative mind is an inspiration for the new generation.