The Schwarzschile radius is very much related to black-hole concepts. According to the Schwarzschild’s theorem any object or more specifically any mass has the potential to become a black hole. The “Schwarzchild radius” explains this concept more effectively and briefly.

When a non-rotating and electrically neutral body or rather a star suffers from a complete gravitational collapse, the body will eventually collapse to a size in which its own gravitational pull is great enough to retain the light rays itself. This critical size is known as the Schwarzschild radius.

THEORY: Theoretically, any mass can become a black hole if it collapses down to the Schwarzschild radius. But if a mass is over some critical value between 2 and 3 solar masses and has no fusion process to keep it from collapsing, then gravitational forces alone make the collapse to a black hole surely. Using a very simple equation, one can determine what is the radius would be for any object of mass. 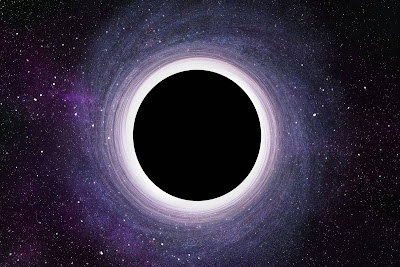 a)      A mass similar to that of Mt. Everest would have a Schwarzschild radius of approx 3.0e – 13 meters, which is smaller than the size of a single atom.

b)      Planet Earth has a critical radius that is approx the size of a peanut.

If these objects collapsed to these sizes, both objects would create an infinite curvature in space-time and that is the concept of a black hole. The Schwarzschild radius or event horizon just marks the radius of a sphere or a black hole from which we can get no particles, no light and not a single information.