Do you know about Aliens ?

In science fiction movies, alien is a very common and interesting topic. Basically alien is a living object which is coming from another planet in the universe to our Earth.

It means, science believes that our Earth is not only a planet in the universe, where life exists. There are many more planets in the universe even in our galaxy too, where living creatures exist. 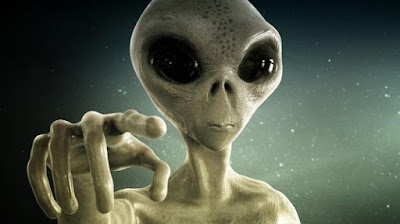 But we don’t know anything about aliens. When we can get signals from them? Is there any such planet in our universe?

To give answers to all these questions, an American astronomer and astrophysicist Frank Donald Drake gave a probabilistic formula.

This equation is a probabilistic argument that describes or estimates the number of active, communicative extraterrestrial civilizations in the Milky Way galaxy.

This equation was discovered by Frank Drake in 1961, not actually for purposes of quantifying the number of civilizations, but as a way to stimulate scientific dialogue at the first scientific meeting on the “Search for Extraterrestrial Intelligence” (SETI).
This formula is also known as “Fermi Problem” as it is completely dependent on our guesses.

N = The number of civilizations in our galaxy with which communication might be possible. (Which are on our current past light cone)

R* = The average rate of star formulation in our galaxy.

fp = The fraction of those stars that have planets.

ne = The average number of planets that can potentially support life per star that has planets.

f1 = The fraction of planets that could support life that actually develop life at some point.

fi = The faction of planets with life that actually go on to develop intelligent life (civilizations).

fc = The faction of civilization that develop a technology that releases detectable signals of their existence into space.

L = The length of time for which such civilizations release detectable signals into space.