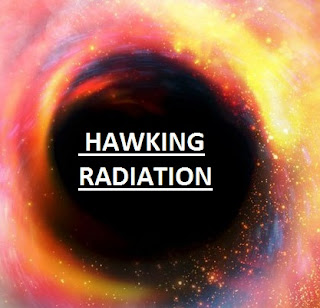 (II)               The First Law: The change of energy of a stationary Black hole is related to change of area, angular momentum and electric charge by

The first law of thermodynamics is a statement of energy conservation, which contains on the right side of the equation, the term TdS.

(III)             The Second Law: The horizon area (assuming the weak energy condition), is a non-decreasing function of time:

This states the Hawking’s area theorem, which states that black hole radiates. It causes both the black hole’s mass and area of its horizon to decrease over time.

The second law of thermodynamics states that change in entropy (e) in an isolated system will be grater than or equal to 0 [ e ≥ 0 ] for a spontaneous process.

Only the Extremal Black Holes have ‘0’ surface gravity. 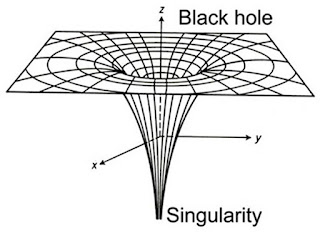 Interpretation of the laws:

All the four laws of the Black Hole dynamics suggests that, one can identify the surface gravity of a black hole with temperature and the area of the event horizon with entropy, at least up to some multiplicative constants.
However, when quantum mechanical effects are taken into the calculations, one finds that black holes emit thermal radiation at a temperature,

This thermal electromagnetic radiation is called the Hawking Radiation. 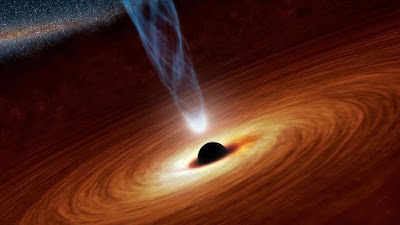 Now, from the first law of thermodynamics, this determines the multiplicative constant of the Bekenstein-Hawking entropy, which is

If we sum up the entropy a measure of the disorder of a system in a formula,

This formula expresses the entropy in terms of the area of the horizon and the three fundamental constants of nature.

The emission of this thermal radiation from the black hole is now called Hawking Radiation.