The celebrated physicist Stephen Hawking gave his final conclusion to the questions that Hawking said he received most during his time on Earth. He gave all the answers and conclusions in his final book “Brief Answers to the Big Questions”, published Tuesday. The book was completed by his family after his death.

One of the most important and contradicted conclusion of the book is “There is no God”. 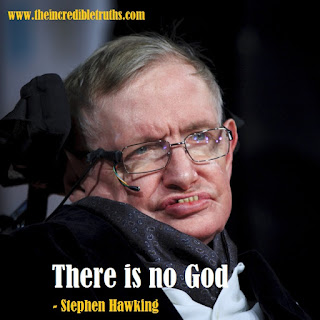 Stephen Hawking was one of the most brilliant scientists as well as futurists of his generation. He passed away on 14 March, 2018 at the age of 76. He suffered from amyotrophic lateral sclerosis (ALS), a neurodegenerative disorder also known as Lou Gehrig’s disease, for most of his adulthood.
Hawking concluded in his book, “Brief Answers to the Big Questions”, that

“There is no God. No one directs the universe.”

He also said that,

“For centuries, it was believed that disabled people like me were living under a curse that was inflicted by God. I prefer to think that everything can be explained another way, by the laws of nature…”

He died while still working on the book, which was finished after his death by his family and colleagues with the help of his vast personal archives.

Not only that, he also included his belief about the existence of alien life, artificial intelligence could outsmart humans and time travel can’t be ruled out, in his final book.

Why Hawking concluded that ?

Stephen Hawking said that God didn’t exist and added the sentence, “I am an atheist”, to his statement. 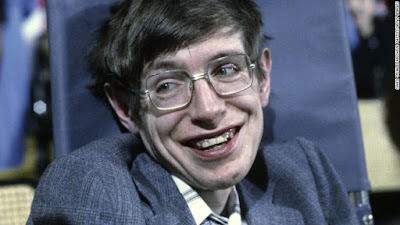 Hawking made this controversial statement in 2014 during an interview with Pablo Jauregui, a journalist from El Mundo, a Spanish newspaper. He quoted that,

“Before we understand science, it is natural to believe that God created the universe. But now science offers a more convincing explanation. When I meant by ‘we would know the mind of God’ is, we would know everything that God would know, if there were a God, which there isn’t. I’m an atheist.”

To know more about Hawking’s conclusions read the book “Brief Answers to the Big Questions”.