Mathematics is the mother of science and all languages. Mathematics was not invented rather it was discovered by human. Mathematics is the best language to communicate as we can transform everything, every action into a mathematical form, and Golden ratio is one of the most genius examples of them.
The Golden Ratio is one of the most incredible discoveries of mathematics. It is a geometrical code of the Universe which was encoded by some genius mathematician and artists.

Let’s take a rectangle with the longer side A and the shorter side B. These lengths (A,B) are taken as the equation below will satisfy. 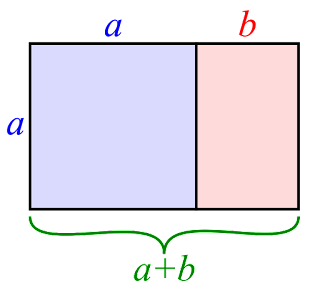 This rectangle is called golden rectangle and the relationship between these lengths (A,B) is,

Now, taking only the left hand side,

This ratio is very interesting to understand and important in mathematics. The Golden ratio helps us to the nature of the universe. In this universe, from the huge Galaxy to the tiniest material DNA, all follow the golden ratio. Every living organ, animals nature, plants nature, human body everything follow the golden ratio. Golden ratio is hidden in between the physics, chemistry, solar system also. All we just need to understand and find.