To know about the Universe, we take the help of physics. In physics there are three different categories to explain different things or objects in this universe. Such as, (i) Classical Physics, (ii) Modern Physics & (iii) Quantum Physics. Mainly Classical physics and the quantum physics are used to explain the universe. But we can’t apply the classical physics rules in quantum physics and vice versa. As an example, in quantum physics there is a state is called superposition state, in this state a quantum particle can be there in all of its possible states in a particular time as long as that particle is being observed by an experiment. But in reality or in classical physics there is no such state. As example, a car cannot be in a rest position as well as running position. Either the car is in rest or it is running.

But in 1935 a physicist did a thought experiment that is a mixture of classical and quantum physics laws. Or rather one can say that he applied the quantum laws in real life.

Erwin Schrodinger was an Austrian physicist. He is renowned for his work in quantum mechanics. Most notably he is famous for the ‘Schrodinger’s equation’ and his ‘Cat Experiment’. Erwin Schrodinger devised a thought experiment in 1935, which describes a paradox of physics. 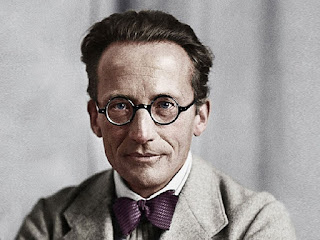 As quantum mechanics explains us that, quantum particle can exist many-where in this universe in a particular time, which is well known as the Uncertainty Principle of Heisenberg.

But this theory can’t be applied in our daily life objects. If we forcefully apply the quantum mechanics formulas in our daily life then something weird and crazy incidents can be happened, like Schrodinger did in his thought experiment.

Now according to quantum mechanics, after a while, the cat will simultaneously alive and dead. This state is called the quantum superposition in quantum physics.

But in reality, when one will open the box, one will see the cat either alive or dead, not both alive and dead. 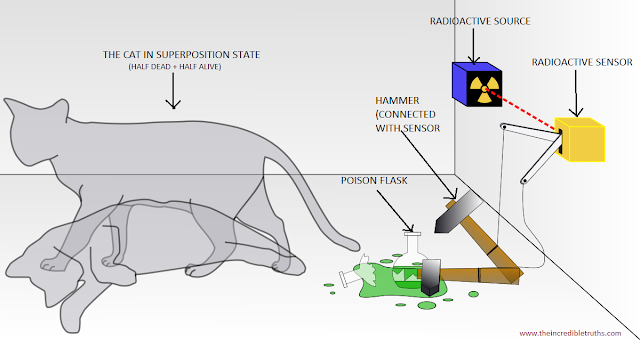 We can find only one state of the cat (dead or alive) at a time. It means in reality there is no possibility to be a superposition state.

More specifically, if one want to describe the whole experiment, then one have to take the help of "Parallel Universe" or "Multiverse" theory. By this theory one can say that when we open the box, then two situations created in two different universes or in two parallel universes. If in our universe the cat inside the box is found alive then in the parallel universe in the same experiment the cat should be found dead. It means, like quantum superposition, our daily life objects even we are also in the all possible states at a particular time, but not in a same universe rather in different universes which are called parallel universes.