The Magnetic Behavior of Earth - The Incredible Truth

Normally there are two poles in our Earth, North Pole and South Pole. Which we call basically the north geodesic side and the south geodesic side respectively. But the question is why we only bother about the North and South Poles of Earth? No other Poles are there? What is the effect due to the poles on anything? 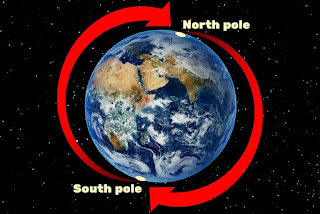 To know the answers of these questions, we have to know how and why a compass works.

Long times back, almost 2,000 years ago (between 300-200 BC), in Han Dynasty, China, the magnetic compass was invented as a device for navigation. The magnetic Compass is an instrument containing a magnetized pointer which shows the direction of magnetic north and south. The pointer always points the north side of the Earth independent of your position. No matter where you are using the compass, or in which direction you are standing, your compass will always deflects between the north and south poles of the Earth.

The pointer of a compass is made of a permanent magnet bar. And as we know that a magnet has two poles, North and South. The North Pole of the bar magnet will show the north side of Earth and the South Pole of the bar magnet will show the south side of the Earth. And by seeing the north and south sides, we can detect all the sides (East, West, North, and South) of Earth. Not only in past, today also we are using a compass for analog navigation and laboratory purpose. 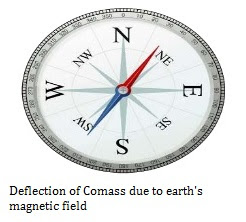 But Why a magnet only points the North and South Poles ?
May be in the North Pole, there is something which attracts the north pole of the magnet and in the South Pole, there is something which attracts the south pole of the magnet.  Wait!
We know that a magnet can only attracted by another magnet or a ferromagnetic material (the metals which are strongly attracted to a magnet). It means in North Pole of our Earth, is there a very big ferromagnetic metal or a magnet that has only south pole. If there is a big magnet, that should have only south pole as the south pole of a magnet attracts the north pole of another magnet. But a single south pole can’t exist. And one can imagine that if in the North Pole of the Earth, there is a big magnet then the magnet or the ferromagnetic metal should have to be how much big to do affect on all the compasses around the whole World. But there is no such metal or magnet in the North or in the South Poles.

So from here it is clear that, there is something in between the Earth itself and that is responsible for these incidents. It means our earth itself behaves like a magnet and that’s why the deflection of compass is same anywhere around the World.

The Earth behaves like a magnet because the Earth is a magnet. Earth is not a permanent magnet rather it is an Electromagnet. Mainly due to the core metals of the Earth, it became a electromagnet. In the core of the Earth molten metals (mostly iron) flows due to heat which causes convection. The heat appears to be generated by iron condensing at the solid core. This flow tends to organize itself into patterns, just like the patterns one shall see in oil if one heats it in a frying pan. Such patterns in a flowing conductor tend to create magnetism. The same idea is used in the “dynamo”, a device that creates both electric current and magnetism from moving conductors. Commercial dynamos are the source of essentially all of our wall-outlet electricity.

It is clear that, due to the core of the Earth, it does behave like a giant magnet. 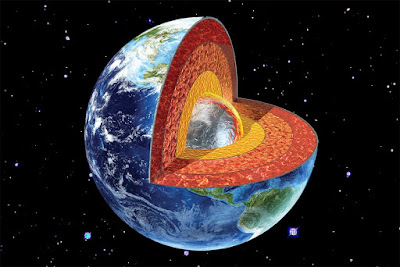 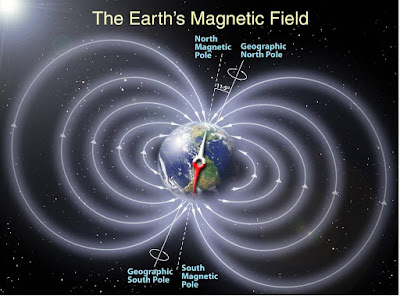 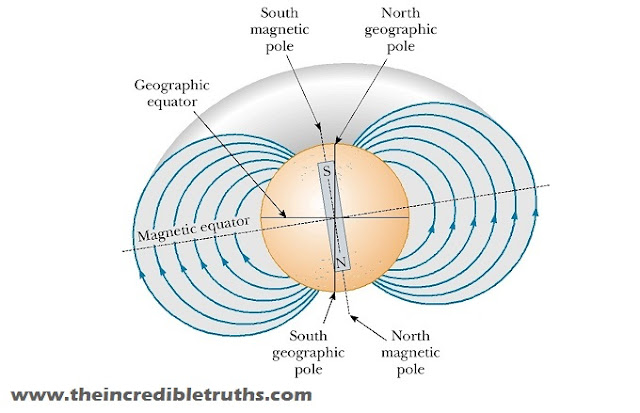 A Journey to the Earth's Core: http://www.theincredibletruths.com/2018/08/a-journey-to-earth-core.html
Labels: EARTH AND SPACE