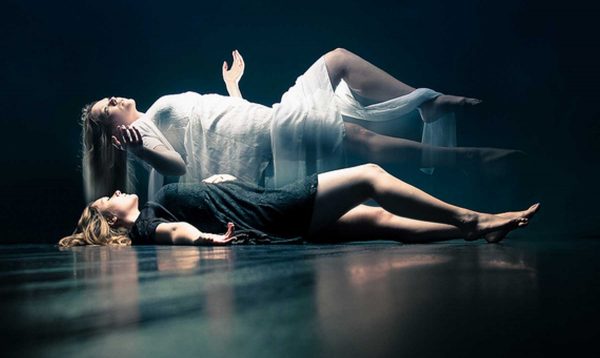 By this experiment, he proved that human soul has a mass and that is 21 grams. 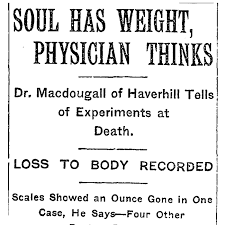 One patient of the six subjects lost three-fourths of an ounce or 21.3 grams of his real weight. But after some seconds the patient got his own real weight. 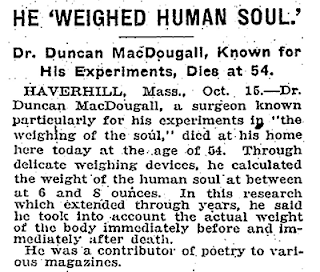 He carefully measured the weight of his first patient. After dying the patient, which was explained by himself,


"Suddenly, coincident with death, the beam end dropped with an audible stroke hitting against the lower limiting bar and remaining there with no rebound. The loss was ascertained to be three-fourths of an ounce."

Then he continued for the next patient and he got the same result.


“ The instant life ceased the opposite scale pan fell with a suddenness that was astonishing – as if something had been suddenly lifted from the body. Immediately all the usual deductions were made for physical loss of weight, and it was discovered that there was still a full ounce of weight unaccounted for”.

Dr. Duncan MacDougall conducted the same experiment on 15 dogs. But in this experiment he got some new result. This experiment showed no change in weight of the dogs.

Dr. Duncan MacDougall concluded that only humans have souls and which has a mass of 21 grams. 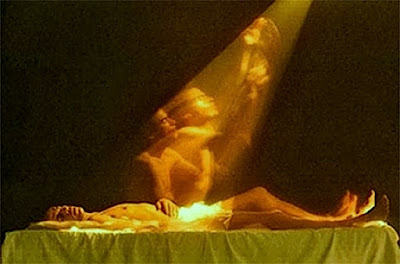 "I believe that in this case, that of a phlegmatic man slow of thought and action, that the soul remained suspended in the body after death, during the minute that elapsed before its freedom. There is no other way of accounting for it, and it is what might be expected to happen in a man of the subject’s temperament."

The average weight loss of each person was 3/4th of an ounce.

Dr. Duncan MacDougall admitted that more research needed to conclude the whole experiment in one line. Unfortunately, he failed to establish any further conclusion of his terrible and crazy experiment.
But after this experiment, it is said that the weight of a human soul is 21 grams.