All we know about gravity. Gravity or gravitation is a natural phenomena by which all things with mass or energy attracts each other in this Universe. Due to this gravity every things fall to the earth when you drop them. But the magnitude of the gravity may not be same in different places in the hole universe. The gravity of every planet is different, every star, every galaxies are different. As we are in Earth, we feel some gravity but in moon we feel weight less, it means the gravity of moon is leaser than the gravity of earth.
Here is the Gravity list of some planets and stars:

So from the list one can understand that gravity is not same in different places. But the question is that, in every places on earth, is the gravity same ?
Here the answer is again, No. Even on the earth there are many places with different gravitational forces.
Like, HUDSON BAY : Hudson bay is an area of Canada where the gravity is 4-5% less than the other places on earth. 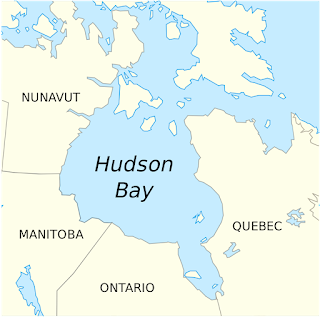 Now another question arrives, Is there any place in the Universe with Zero(0) Gravity ?
No, every physical body has a non zero mass, so practically there is no such place where one can find zero gravity.
But we can create some situations in which we can get a zero gravity or rather micro-gravity on earth.
Among them the PARABOLIC FLIGHT is the mostly used process.

During a Parabolic Flight, an airplane, usually a specially modified Jet airliner, e.g.- a 'KC 135 used by NASA' or an 'Airbus A300 used by ESA' follows the trajectory of a parabola where in the top part of the arc, 25 to 30 seconds of weightlessness is created which the scientists can use to perform their experiments. 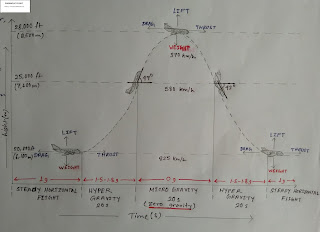 This plane is also called a reduced-gravity aircraft.

HISTORY: This process was first proposed by the German aerospace engineer Fritz Haber and the German physicist Heinz Haber in 1950.

The working principle of a parabolic aircraft can be explained by simple physics. Initially the flight is in a steady horizontal state with maximum speed and then climbs up straight with a 45-47 ° angle. This state is called Hyper Gravity. In this phase one can experience a higher weight than the normal. In this phase weight increases approx double. This phase lasts for 20-25 seconds.

After that the Hyper gravity changes into Micro Gravity. Which means a body has lost the weight and one can feel the weightlessness. This phase lasts for approx 25 seconds.

After that the plane sinks an angle of 45-47 ° under reaches a hyper-gravity again and again the weight will increase. This phase also lasts for 20-25 seconds.

This process is done again and again so that one can fully experience the Zero Gravity.


And this is how the space agencies of the whole world trains their astronauts in Zero Gravity.
As of 2015 NASA had a microgravity services contract with Zero Gravity Corporation (ZERO-G) and used its aircraft, G-FORCE ONE . 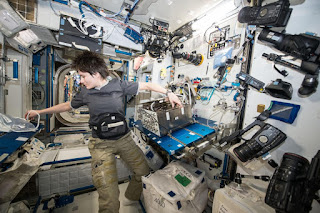