Time Altering Machine: Real or Not !

An another genius, born in 1918 in Toronto in Canada. But the beauty of the story is that he was not a scientist rather he was an appliance repair man. He was none other than Sid Hurwich.

From the very beginning of his childhood he used to do experiments with various kinds of technologies. He had a great interest in collecting random junks, assembling the pieces into working machines. In the adulthood, he became famous as the man who could fix any machine or appliance. Not only the known machines but he could repair those machines too which he had seen the first time in his life. In 1934, Sid Hurwich earned the distinction of being the first private appliance repairman in all of Canada. The local power company succeeded in taking him out of the army so that he could develop the infrastructure of the public electrical utility. Sid earned enough money to set up two successful companies of his own. He was still young when he got a heart attack. Only at the age of 36 years he retired from his job. But even after retirement, he invented a lot of things, and among them the most remarkable & incredible invention was the Time Altering Machine. 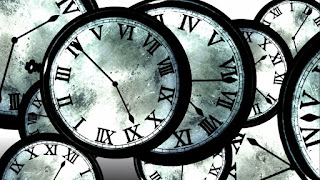 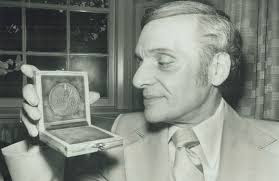 A PHENOMENA THAT PROVES IT

In 1969, a wave of bank robberies swept through Toronto and local publics and authorities were in a big problem regarding this. The local police had troubles catching the thieves. Sid contacted the police and offered his help saying it was possible to catch the thieves by freezing the time around 30 minutes. The police came to Sid’s house including Bolton (one of the police in charge) to see a demo of the time freezing machine.
Bolton was asked to put his gun down on the table and Bolton did.

The article in the Vancouver Sun Times gives this account:

“…..Now take a look at your watches”. I remember one of them said, “When did this happen?” and I said, “The minute you walked through that door. You walked in there about 25 minutes ago. Now look at your watches. You’re late about 25 minutes.” As the security officers filed out of his home, Sid’s wife overheard one of them suggest that the army should be told about the device. “That was the first time it entered my mind for war or army purposes or anything like that.”

According to an article published in 1977, by a British publication called Foreign Report :

“The device sends out electronic rays to alter the natural compositions of electronic fields and centers of gravity of weapons, instrument dials and mechanical devices…(using) the Hurwich principle there was no reason why the new beams could not reach and disable tanks, ground-to-ground missiles and complete radar systems. The beams could also be tacked together to form a screen that would make whole zones safe from bombs and missiles”

WHAT HAPPENED TO TIME ALTERING MACHINE?

It is heard that Sid Hurwich gave that machine to Israel Military and the Time Altering Machine is with the Israeli military. But there is a big conspiracy that the Israeli military still have the device or not and does they still using it on special occasions or not. 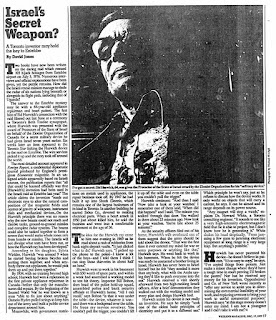 Many people have written about the time altering device of Sid Hurwich. Among them the book “True Time Travel Stories” written by Bullivant Richard  is remarkable. He wrote in his book –

“Skeptics say that if they really had a device that could provide a kind of shield from bombs and missiles, freeze weapons, and even slow or halt time, that Israeli military would be invincible and would not have suffered as many casualties as it has in its decades long struggles with its antagonists in the Mideast.Others counter, however, by saying that the Hurwich device may be a two-edged sword. If it can ‘freeze’ the weapons of the enemy, it would also freeze the weapons of those employing the device. Thus, the device can perhaps only be used in a limited way – enough to knock out radar detection and other enemy electronics, for example – but not to induce the full-blown time-freeze affect for the benefit of the user,” 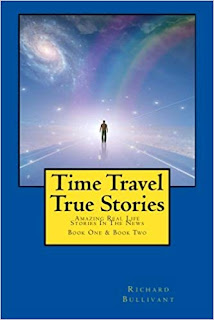 Sid Hurwich did not take any patent of this machine as he said:

“It’s not really a new invention. It’s designed on principles that are already well known. And anyone can make this device after me. I just thought of it one day. When I heard about the bank robberies, I knew this could work.”

The TIME ALTERING MACHINE invented by Sid Hurwich could be one of the greatest inventions of the world and it could help to know about time more specifically. But unfortunately the machine lost in the pages of the world science history and till now no one could invent a machine like that.

You can buy the book "TRUE TIME TRAVEL STORIES" from the links bellow-
https://amzn.to/2P3gpmc

What do you think about The Time Altering machine comment us....:)