The Professor Who Probably entered a Parallel World

The Professor who entered a Parallel World

What is Parallel World?

From the very beginning, science had a question which was unanswered. This question was, ‘is our universe unique?’ From the science fiction to the science fact, there is a concept that suggested there could be other universes beside our own universe. And the universes could be like ours. This concept is known as a “parallel universe” and in that universe there should be a world like ours, which is called “parallel world”. This is a facet of the astronomical theory of the multiverse. 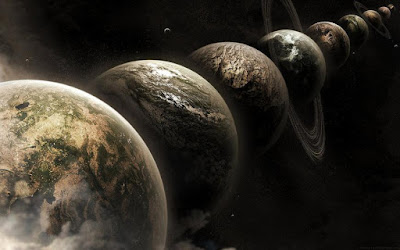 Can We enter into a Parallel World?

Now it is clear that, probably our universe is surrounded by a number of invisible parallel worlds. Now the question appears, Can anyone go to a parallel universe? If that happens, the person will experience something that he or she can’t explain in front of the world, or probably he or she can’t get back to our own world.

But there are many very strange cases of people around the world, who mysteriously disappeared into air. Did they enter a parallel universe or somewhere else, we don’t know actually.

Many years ago a case was reported in El Tiempo (one of the largest newspapers in Venezuela, South America). According to journalist Segundo Pena, who wrote the story, a professor of an unnamed university has been missing for over 40 years.

According to some people who last saw him alive, the professor went into a parallel world. Privet detectives and police have been search for the missing professor for years, but not a single clue founded by them, what actually happened to him. This incident occurred on the campus of the University of the Andes in the city of Merida, Venezuela, in the early 1970s.

It was an afternoon on a clear sunny day. The professor walked across the parking of the university building. He moved towards his car and he got to it. He noticed that some students waving at him and he waved back. But he never drove away from his car. The car was empty and the professor was never seen again. None ever saw him get out from the car. It was like a story, as if the door of the car was doorway into another world.
The journalist Segundo Pena wrote in his article,

“The car’s owner has been gone for over forty years…”

Actually what happened to the professor? Is he still alive in that other world? He went to the parallel world by mistake or it was some strange forces alien to our own dimension ?

We don’t know anything. This mystery is still unsolved and unexplained.