Particle that Travels faster than Light !

According to the Theory of Relativity, more specifically The Special Theory of Relativity, proposed by Albert Einstein in 1905, nothing can travel faster than light. Speed of the light is the extreme speed in this universe. And the speed of the light in vacuum is the same for all observers, in every direction. Photon, which is the unit element of light, is the speediest particle in this universe.

But is this the end of the science about speediest particle ?

No, Scientists were never satisfied. They found another particle that travel faster than light. The name of the particle is Tachyon. 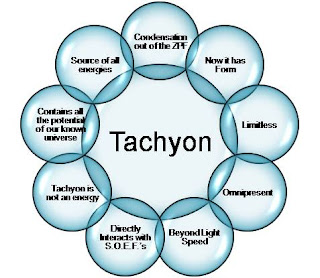 HISTORY: Tachyons were first proposed by physicist Arnold Sommerfeld in 1904 and later it was found by O.M.P. Bilaniuk, V.K. Deshpande and the Indian scientist E.C.G. Sudarshan in 1962. The term “tachyon” coined by Gerald Feinberg in a paper titled “Possibility of Faster-Than-Light Particles” in 1967. He had been inspired by the science-fiction story “Beep” by James Blish. Tachyons are studied in an area of physics called ‘Particle Physics’.

Tachyons are hypothetical particles. It never been proved by experiments. But some scientists believe in the existence of tachyon, because of gravity. Most of the physicists don’t believe that faster-than-light particles can exist as they violate the known laws of physics. If such particles do exist, they can be use to build a tachyonic antitelephone. We just predict theoretically that tachyon like objects can exist. And the most interesting fact is that tachyon particle has mass. 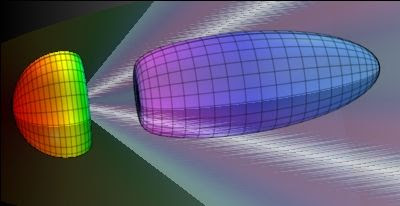 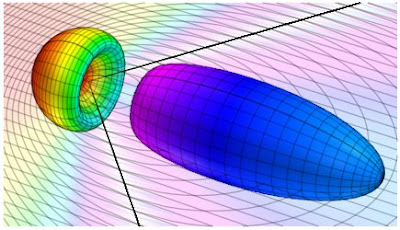 Physicist Chodos proposed that neutrinos can have a tachyonic nature at high energies, in 1985. It means, according to him, neutrinos can travel faster than light at a high range of energy.

i)   According to theories, tachyon has a curious property that is for some observers tachyon travels backwards in time.

ii)  Tachyons may can escape the interior of the Black Hole.
And so on…

We can predict many more things about tachyons. If we can prove the existence of tachyon, we will be one more step ahead in time travelling.