SPACE-TIME: summary of "A brief history of Time"


SPACE AND TIME (before Einstein)

The idea of space and time comes from the universe. Now some questions that we have to face, like, When the Universe was created? What is Universe? And, before the universe created, was there any concept of time?

·         According to Big Bang, in the very early stage, there was no universe. Rather the universe was in a dense condition. 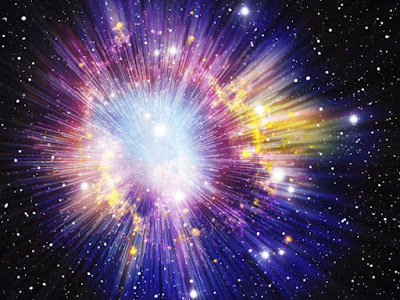 ·         Big Bang was that time, when universe created. The article about origin of universe is already given. According to Hubble, universe is expanding from the time big bang. So one can say that from the big bang time has started. It means Big Bang was the 0th time of universe. After 1 second from big bang, the age of the universe was 1 second. As we know that second is the smallest unit of time.
EXPANDING UNIVERSE MODELS: http://www.theincredibletruths.com/2018/08/expanding-universe-friedmanns.html

There is no such exact definition of time. Just we can say that time is something (or a quantity) that flows in a constant speed. We can’t change the rate of the speed of time or time can’t be stopped.
A philosopher, Bishop Berkeley, believed that all material objects and space and time are illusions.

1.       Galileo’s Laws : Galileo’s measurements indicated that each body increases its speed at the same rate, no matter what it’s weight.

2.       Newton’s Laws of Motion :
First Law: Whenever a body is not acted on by any force, it will keep on moving in a straight line at the same speed and the body at rest stays at rest forever.

Third Law: For every action there is an opposite and equal reaction.

·         Both Aristotle and Newton believed in absolute time.

What is Absolute Time ?

Absolute time means, time doesn’t depend on any other parameter. They believed that one can unambiguously measure the interval of time between two events. Time is completely separate from and independent of space.

Light travels at a finite, but a very high speed, was first discovered in 1676 by the astronomer Ole Christensen Roemer.

·         A proper theory of propagation of light came in 1865 by James Clerk Maxwell. Maxwell’s theory predicted that radio or light waves should travel at a certain fixed speed.

·         After that it was observed that light wave can travel through vacuum also, but how? It was therefore suggested that there is a substance called the “ether” that is present everywhere, even in empty space or vacuum.
ETHER: http://www.theincredibletruths.com/2018/08/how-light-travels-through-vacuum.html

·         In 1887, Albert Michelson and Edward Morley did an experiment at the Case School of Applied Science in Cleveland. They compared the speed of light in the direction of the earth’s motion with that at right angles to the earth’s motion. They found they were exactly the same.

*Must Read the After Einstein Part: http://www.theincredibletruths.com/2018/08/space-time-summary-of-brief-history-of.html
Labels: SPACE-TIME