SPACE-TIME: summary of 'A brief history of Time"


SPACE AND TIME (after Einstein)

Albert Einstein refused the idea of absolute time. He proposed according with Maxwell’s theory, all observers should measure the same speed of light, no matter how fast they are moving.
He gave the great relativity equation,
E = mc^2      where, E= energy
m= mass of an object
c= speed of light in vacuum
It means, one can convert mass into energy. It was also proposed that nothing can travel faster than light in vacuum.

·         As an object approaches the speed of light, its mass rises more quickly, the mass will be infinite.
·         Only light or more waves that have no intrinsic mass can move at the speed of light.
In other words, the theory of relativity put an end to the idea of absolute time!

·         Each observer could use radar to say where and when an event took place by sanding out pulse of light or radio waves. Part of the pulse is reflected back at the event and the observer measures the time at which he receives the echo. 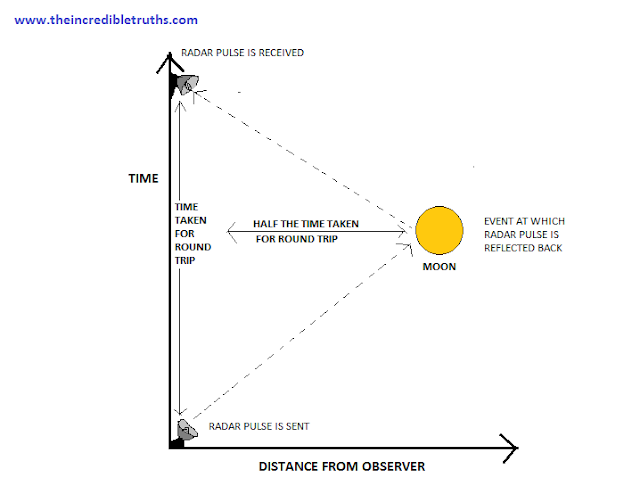 The distance from the event = half the time taken for round trip × speed of light.

So it is clear that, time is not completely separate from and independent of space, but is combined with it to form an object called space-time. The theory of relativity does, however, force us to change fundamentally our ideas of space and time.

·         So one may describe the whole universe in terms of a collection of overlapping patches. In each patch, one can use a different set of three coordinates to specify the position of a point.

So time is the 4th dimension of universe.

·         It means to explain Universe, three space dimensions are not enough, there should be one more dimension of time to specify when an event happened in the universe.

·         In relativity, there is no real distinction between the space and time coordinates.

·          It is often helpful to think of the four coordinates of an event as specifying its position in a four-dimensional space called space-time. It is next to impossible to imagine a four dimensional space. Let’s take an example to visualize this thing –

When a stone hits water surface, the event can be explained in this manner, Here we are observing every moments of the event. The ripples of the water are expanding or ripple spread out as a circle that gets bigger as time goes on. And we are seeing that, if we take four coordinates including time, the observation of the event forms a 3D cone.

·         Similarly, the light spreading out from an event forms a three-dimensional cone in the four-dimensional space-time. This cone is called the future light cone of the event as time is going from a point to the future. In the same way we can draw a past light cone, which is the set of events from which a pulse of light is able to reach the event. 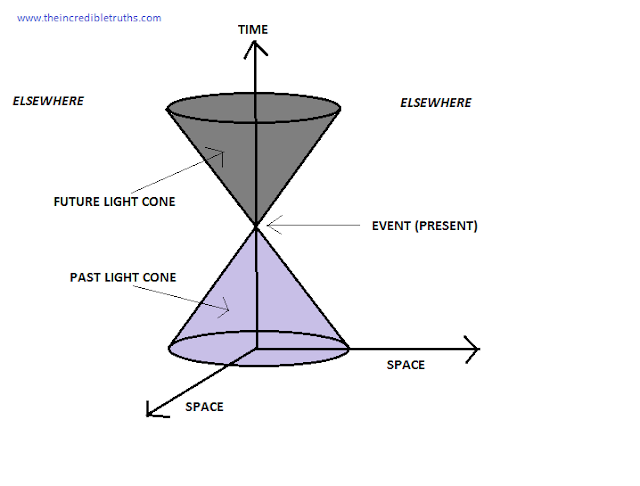 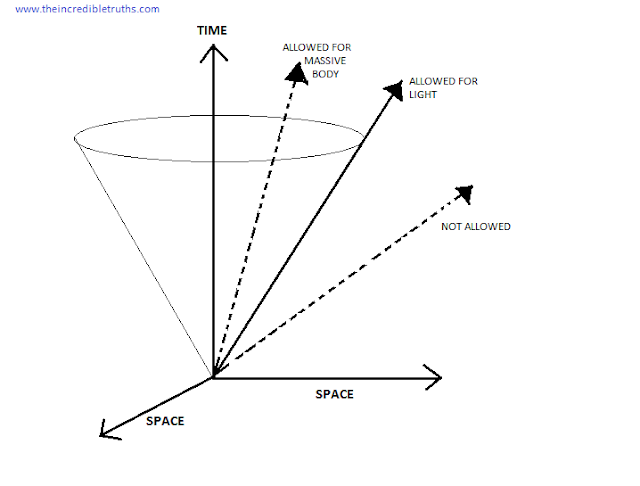