India is a independent country of South Asia. India became an Independent nation on 15th August, 1947, so a gazetted holiday is held annually to remember this date and also to remember the efforts of those people who fought for India. Indian President is the first citizen of India and the Prime Minister of India is the chief executive of the Government of India.Since 1947, India has had fourteen Prime Ministers, fifteen including Gulzarilal Nanda who twice acted in the role. 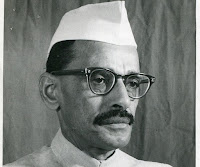