HISTORY: Pierre de Fermat was a French lawyer at the Parliament of Toulouse, France. He was born in between 31 October and 6 december, 1607 and passed away in 12 january, 1665. His intelligence was not only bounded into the court room, he was also a successful mathematician who is given credit for early developments that led to infinitesimal calculus, including his technique of adequality. He had a great interest in number theory, and his research made number theory more easy. he also has a lot of contributions to Analytic geometry, Probability and optics. he is very famous for his Fermat's principle for light propagation and his Fermat's Last Theorem, which he described in a note at the margin of a copy of Diophantus' Arithmetica. 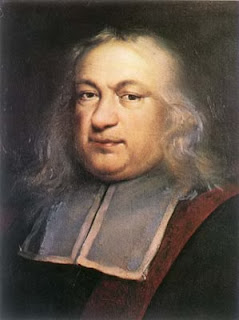 Short Description about him :

Diophantus' Arithmetica. The first successful proof of this equation was first proposed by Andrew Wiles in 1994, after 358 years of the creation of the theorem. This theorem also proved much of the Modularity Theorem. Modularity theorem was proved in 20th century. It was in the Guinness Book of World Records as the "most difficult mathematical problem".