Universe is not in rest position. It is expanding from the big bang. But what’s its fate? We can explain expanding universe in terms of some models, according to the Russian physicist and mathematician Alexander Friedmann. There are actually three different kinds of models of Expanding Universe, which obey Friedmann’s two fundamental assumptions.

MODEL 1: The universe is expanding sufficiently slowly that the gravitational attraction between the different galaxies causes the expansion to slow down and eventually to stop. The galaxies then start to move toward each other and the universe contracts. 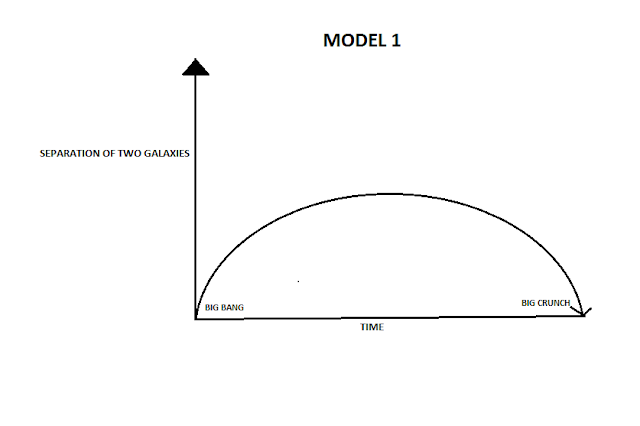 Model 1 shows how the distance between two neighboring galaxies changes as time increases. It starts at zero, increases to a maximum, and then decreases to zero again.

MODEL 2: The universe is expanding so rapidly that the gravitational attraction can never stop it, though it does slow it down a bit. 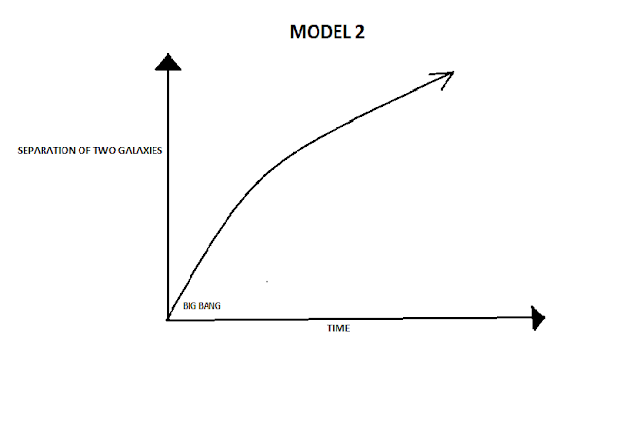 Model 2 shows the separation between neighboring galaxies starts at zero and eventually the galaxies are moving apart at a steady speed. It never decreases to zero again.

MODEL 3: The universe is expanding only just fast enough to avoid re-collapse. 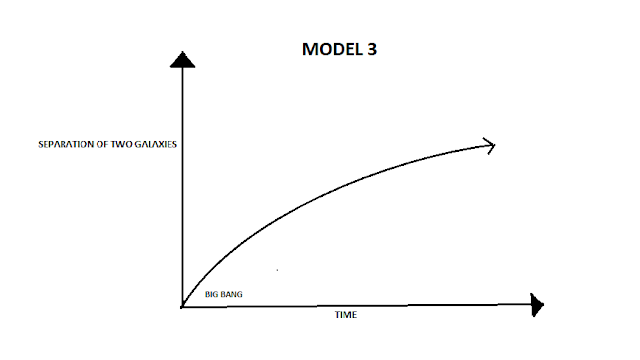 Model 3 shows the separation starts at zero and increases for ever. However, the speed at which the galaxies are moving apart gets smaller and smaller, although it never quite reaches zero.

A remarkable feature of the Friedmann’s Model 1 is that in it the universe is not infinite in space, but neither does space have any boundary. Gravity is so strong that space is bent round on to itself, making it rather like the surface of the earth.