WAVE : We can differentiate waves by their wavelengths. Wavelength is the distance between two crests. Crest is the highest point of a wave. The trough is the lowest point of a wave. Amplitude is the highest value of the wave and Frequency is the number of waves in a given period of time. Or we can define frequency mathematically as –
fλ = c …………(i)
Where,  f = frequency
λ = wavelength
c = speed of light in vacuum
It means, from the formula we can say that frequency and wavelength of an electromagnetic wave is inversely proportional. The shorter the wave length and the greater the frequency.

Relation between Energy and Frequency and Wavelength : 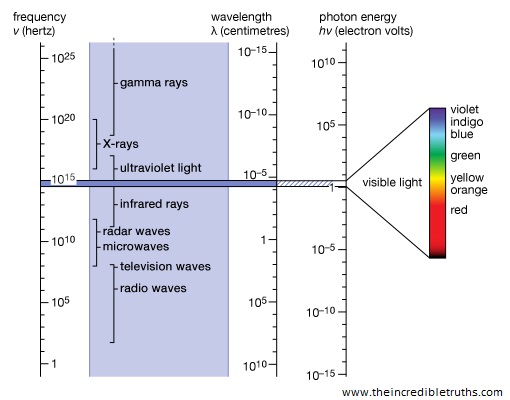 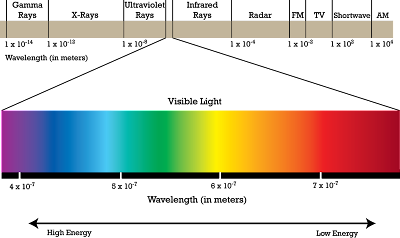 There is one more color in Rainbow that is Indigo. The frequency of Indigo is 425-450 nm. 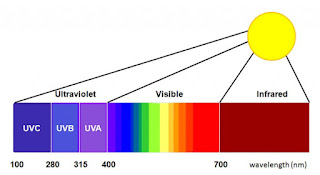