NASA ever landed on Moon or not ?

> National Aeronautics and Space Administration (NASA), the biggest and most successful space research center of the world. NASA sent the first manned spacecraft ‘APOLLO 11’ on the Moon, on 20 July 1969. The members went to Moon with the spacecraft was –
i)Neil A. Armstrong
ii)Michael Collins
iii)Edwin E. “Buzz” Aldrin, Jr.
And among them Neil Armstrong became the first human to step on the moon. He and Aldrin walked around three four hours. 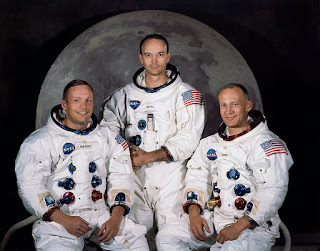 
But the Moon landing is real or fake??

Ø  Lots of people say that the moon landing of NASA is fake. NASA never landed on moon. Apollo 11 never successfully landed on moon. And also Neil Armstrong and his team never walked on the earth of moon. And the main thing is people not only say, but it is also proved by many photos and video footage that the moon landing of moon never happened. Now we will discuss about the proofs that it unreal. 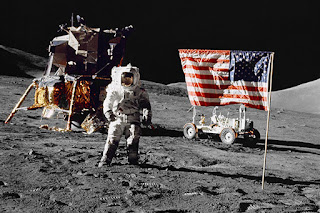 In this picture we can see that the flag was fixed on the moon earth and the upper side of the flag was also fixed by some aluminium wire but question is why the flag is flying.


Ø  NON STAR SKY-The second proof is there in the video we can’t see any stars in the sky from moon. And after returning back to the world Neil Armstrong said that they saw the black non-star sky.


And NASA answered this question like this that when Apollo 11 was landed there was “Day” in the moon. As we can’t seen any star from the world in day like that they also didn’t saw any star from the moon. But the solution given by NASA is lil bit confusing. 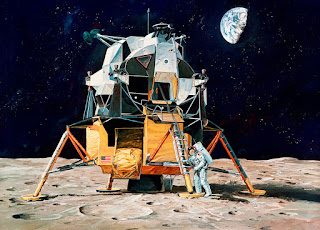 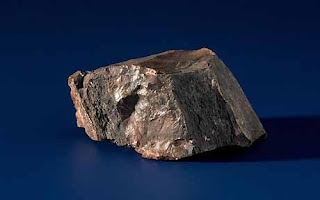 
There are many more proofs that I will explain you in the 2nd part of this article so please keep watching and sharing. Thank you :)